From the Sorgatron Media Creators Newsletter List for February 29, 2016.  You can Subscribe to it here or read the archive! 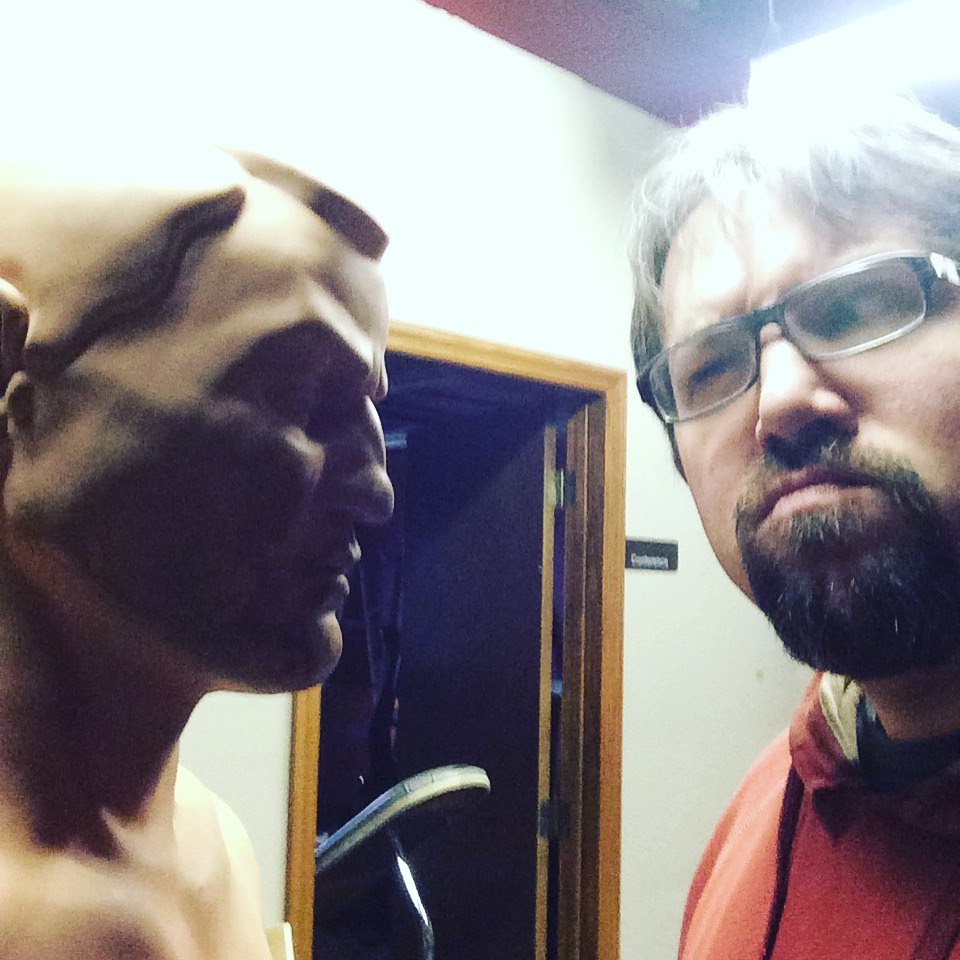 I came off of a very interesting week.  The kind where I hit Sunday and was allowed to tell my body “no more” and just relax and do a little bit of house work at my leisure.

I had a lot of adventures for the week. And it felt good.

After all of these years, I’ve found myself not knowing what a day will shape up to be.  I could be in an office working through some editing.  Could be bouncing around town getting some quick interviews shot.  Heading as far as Somerset to do some filming. Or just lounging in the Oxford Center Food Court where it seemed like the nexus of meetings just worked out over my Friday morning.

I listen some talk about how they maximize their time from day to day.  It’s not about no days off; it’s about no minutes off, it seems.  I find myself in the car a bit.  Which seems a bit ironic since I recently shifted some of my work to avoid 2 hours of driving on one of my days.  Now that driving is a mix of moving to East Liberty for a coffee, then Allentown for some time to sit down and work at my desk, then Mt Lebanon to connect with my wife after work, and anything in between.

Being “chained to a desk” doesn’t preclude you from day adventuring. You just need to explore the world around you.  Maybe there is a coffee shop nearby.  Or a McDonald’s, at least.  Get out.  See people for lunch.  Not your keyboard.  One thing I realize I don’t do anymore is work inside my mind like I did when I was on a bus to school or college (I commuted).  Or maybe even enjoying a conversation at Tom’s Diner.

No matter where you find yourself in life, always find your adventure. 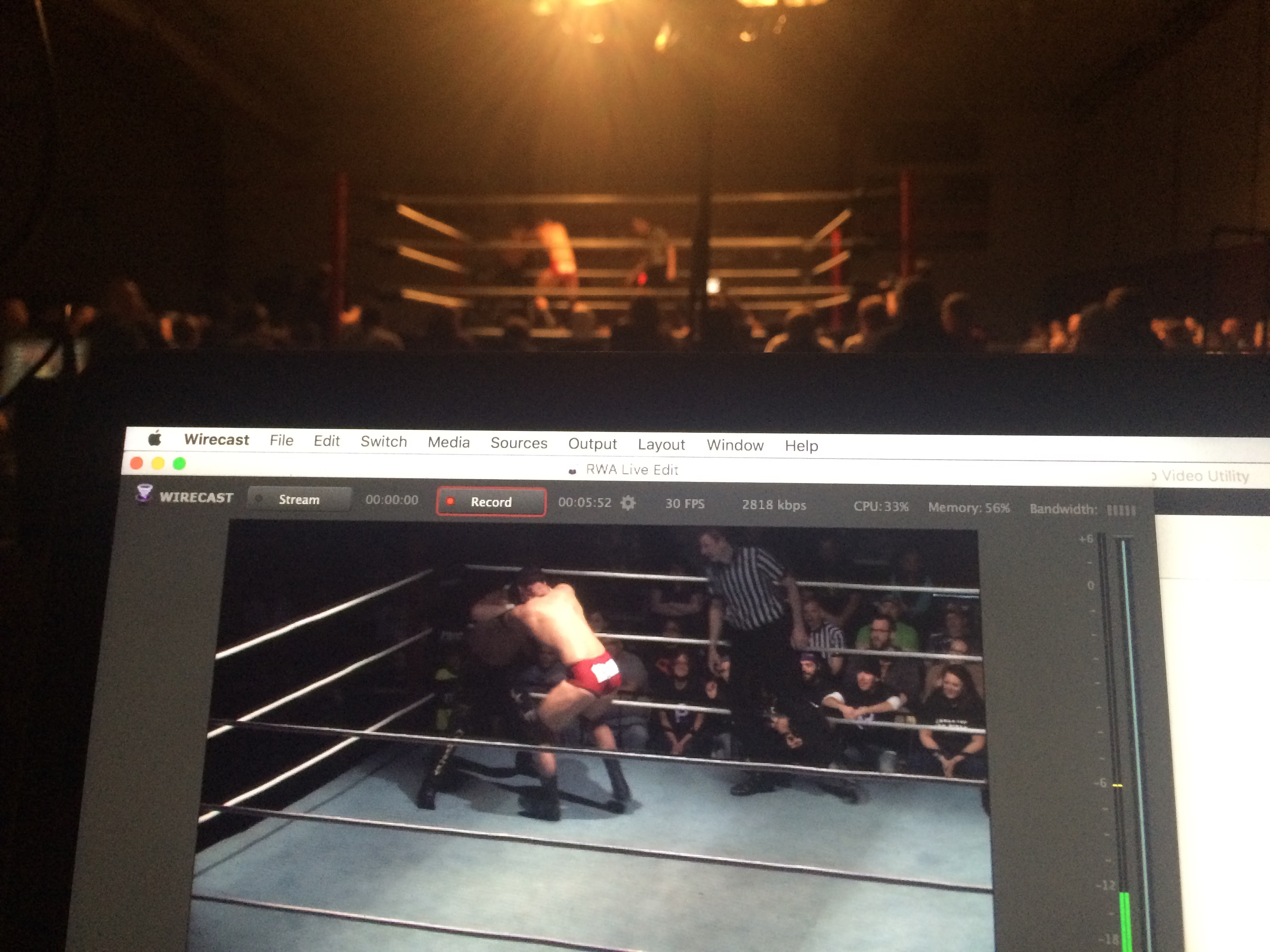 Sorg breaks down the internal accomplishments in business in 2015 and the goals for 2016.

How are you going to make a real change this year?

Time blends together for me.  So I like to do this post every year to gauge what kind of a year I had, and to remember “oh, that happened this year?”.

Close encounter of the Virgil kind…

I filmed Virgil in his natural habitat and helped release The Legend of Virgil and his Traveling Merchandise Table to interesting reactions.

IWC and RWA go HD and have a regime change.

This was a big one. When Sorgatron Media took over video duties at the beginning of 2012, we bought the equipment already being used and just stepped into the role.  At the time, the standard definition setup was just fine since the product was only being offered on DVD, which isn’t capable of more.  Since then, we’ve developed an online digital distribution platform and partners and the need to upgrade was needed.  As discussed on Basic Sorganomics, we finally were able to get together a Digital HD system for live switching the shows that fit with the HD cameras we had been using for a while.

We help battle the PA government

The biggest project of the year was probably the video campaign for PAPeopleCount.org along with the Pittsburgh Foundation.  I had the fortune to be the core editor for this campaign and put out more than 50 videos from non profits feeling the strain from the budget issues in Pennsylvania.  It generated conversation, awareness, and showed what non profits can do with the tools available.

We moved the date, but the warm weather added some new elements to the 24 hours of gaming!  It was a great time and had a lot of people come through the door of the Toonseum for a great cause!

Awesome highlight video from the 24 hours!

Posted by Chachi Plays For Kids on Sunday, August 9, 2015

One realization this year was our branding problem.  We were selling Pro Wrestling shows we were producing, and some we don’t as promotions in the area wanted a place to push their digital offerings.  But we were also trying to marked our non-wrestling podcasts and media services offerings to companies and organizations like the work we have done with Pittsburgh Foundation, S’eclairer, p.c. and others.  The first part was breaking off the wrestling into IndyWrestling.us.  Already, more people are participating, and with the help of Indy Mayhem Show and Matt Carlins’ amazing articles, it’s part of the conversation around independent professional wrestling.

As the second part of the above, we launched a new brand to specifically talk about education and making media and helping with social media for the companies and communities in the area.  This also officially brought on Katie Dudas and my wife Missy into the fold to grow the company properly.  There’s a lot of work coming!

We were introduced to Sawtooth Willie

I started the year wanting to make sure we were making something FUN in video and stretch some skills, while also connecting some very creative friends.  And then Sawtooth Willie happened.

I went into 2015 in a sort of creative and professional recovery after a dip, and ended the year better than I could have hoped.  New people were brought in and I learned not to think I have to make everything myself.  Team Sorgatron Media has been tremendous and becoming more of a creative and collaborative entity.

The other goal was to be so good and so loud that people couldn’t ignore what we’re doing.  The connections, coffees, and lunches I’ve had this year discussing new ideas and how to better each other’s projects have been amazing and opening up new opportunities across the board for all.

Not included here are the things we have only started that should be revealed in 2016.  Stay tuned!

From the Sorgatron Media Creators Newsletter List for December 18, 2015.  You can Subscribe to it here or read the archive!

This year, we made some big moves at Sorgatron Media.

The Split – We had identified that our message was getting a little muddied.   Sorgatron Media, LLC seemed to mostly be about our Podcasts and the Pro Wrestling production.  And even talking to the pro wrestling fans seemed like an odd mix when we were sharing some of our client podcasts around healthcare and other subject matter.  This led to the launch of IndyWrestling.us in August, which already is making an impact.  We also have soft launched and the organization behind Sidekick Media Services, which aims to be our front end to target businesses needing video and social media services.  Leaving Sorgatron Media (still the core business umbrella) to still be the name of productions, my “passion Podcasts” and other experiments like Sawtooth Willie. 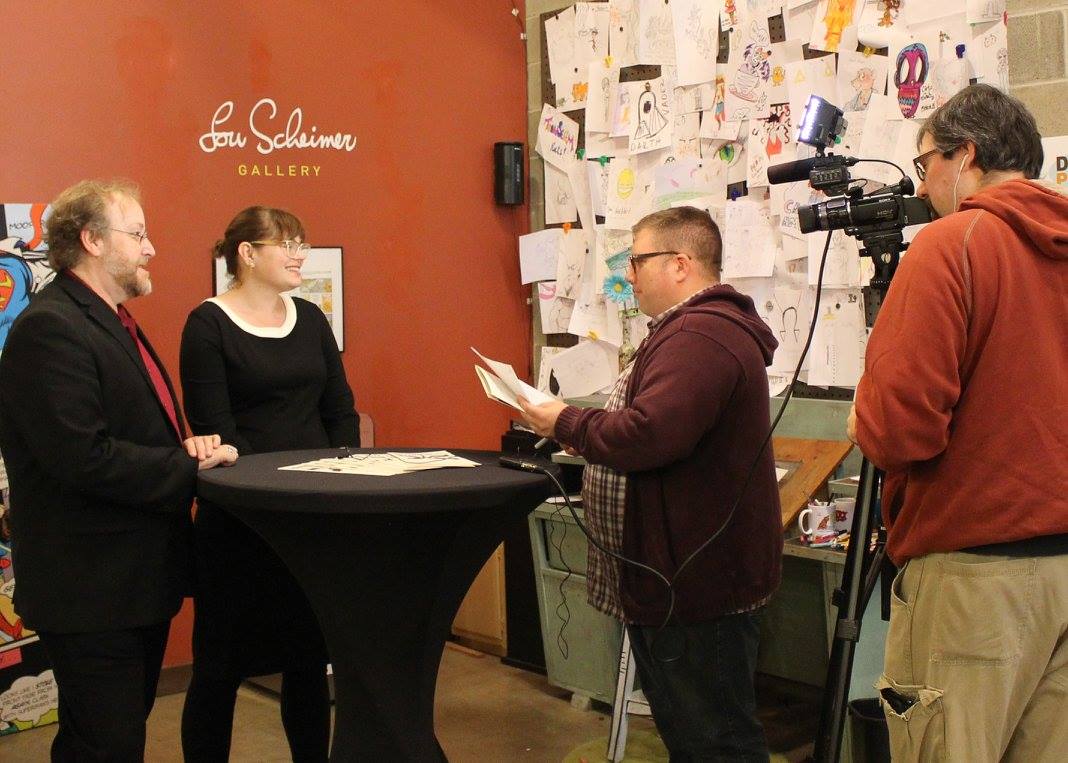 We experimented – I had started taking more meetings and lunches again after a little bit of hibernation with the goal of finding new opportunities and collaborations.  This, again, led to Sawtooth Willie, some fun videos lampooning social media, and a few pretty cool projects for clients. If you’re not reaching out and surrounding yourself by creative people, you’re missing out on something wonderful happening.

Give something up – Mostly control. This year, I stepped back and realized I don’t have to do everything.  That includes certain aspects of business operation.  Touching every part of every Podcast that comes across the network.  Or maybe just letting a project die off that isn’t working.  Part of IndyWrestling.us’s success has been from Matt Carlins amazing Around the Indies column and Chachi’s promo videos we’ve been sharing. The focus on the business side from Missy and Katie’s help to reign things in for us.

The year was about reassessing what we do around here, having a reason for the projects we take on, and figuring out how we’re going to grow.  Thank you so much to everyone who’s stepped up around our shows and projects in 2015.  We have some great plans and ideas for 2016!