I’ve detailed in the past my experiences with such services as PlayOn and Orb.  PlayOn is the service that sits on your PC that acts as a passthrough to push Hulu, Netflix Streaming, TV.com, and other web content to your video game consoles and other internet devices.  Orb was a fantastic program that sat on your computer that will stream the video, audio, and photo content straight to your browser, video game consoles, and with a paid app, your iPhone. 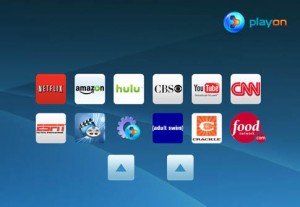 Recently, both of these services took a small turn.  PlayOn was offered until now as a one time license fee of about $40.  Higher than I would typically indulge, but important enough to try in my self imposed cable exile.  Lately, the service has canned the one time fee for a $40 a year service fee.  There’s a Basic version.  And my license has been preserved.  Supposedly I can continue as I have now, but some of the content is being moved to the “premium” subscription.  Thankfully, the company has softened the blow by offering “founding members” such as myself an offer of only $5 to upgrade, and $20 a year after that.  Or a lifetime subscription for another $40. 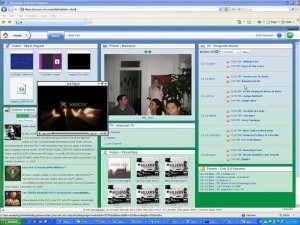 Orb, on the other hand, seems to mainly make money from their iPhone apps.  After much deliberation, I bought the $5 OrbMedia app, the version that allows streaming video from your computer, to supplement only having an over the air antennae in the bedroom and other rooms in the house.  I came to find out that they had discontinued this for the $10 OrbLive.  Meaning, for those not on iPhone, you cannot download this app again even though you purchased it.  So I have to buy the more expensive, filled with features I don’t need for more money.

These are business decision by these companies struggling to discover how they’re going to make money.  Both are in competition with the Hulu Plus and Slingboxes out there.  But it’s small moves like this that make a case not to support the smaller independent software out there.

This feels familiear (or, how I relate this to the other things I tend to talk about)

This is a situation that feels quite similar to my experience with professional wrestling.  It’s been a long talk we’ve had that we always talking about supporting the local independent wrestling groups out there.  The ones that operate at the local level, tour the northeast, and mostly operate away from television where the World Wrestling Entertainment dominates still.  But too often, fans go out of their way to discover these groups only to find cancelled appearances, poor fan experiences, or all around under par talent not worth supporting, in their eyes.

In the end, I’m going to stick with Orb.  I was fortunate enough to receive a refund for my OrbMedia purchase, and will put that towards their currently supported product.  It’s a testament to iTunes support.  They even gave me 5 “video credits”.  Likely since I was discussing a product that would compete or compliment with their offerings.  PlayOn will be more of a consideration as Hulu Plus looms on the horizon.  While I’m far too forgiving, many more will not be.  the ones that, as I felt, stuck their wallet out to give a shot at a forward thinking technology’s offerings.

For this audience, this is an independent show they’ll never attend again.