This week, I prove that I don’t make the same twice two weeks in a row.  Which means next week is fair game. 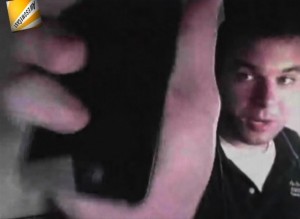 We invited AJ Kuftic back this week, since I enjoyed his appearance last year, and the iPhone is still far too high on the news radar for it’s own good, here we are again.  I’m struggling not to make this a phone show, but that’s the news.  All of the podcasts and blogs I absorb are the same way.

When did we get here to this point that the device in our pocket has eclipsed the device on our laps and desktops?

Either way, next week we get to talk photography with two people that know way more knowledgable than I am on the topic.

In the “I need a checklist” category, instead of not plugging in the audio input to record, I forgot to plug in the external hard drive we record too.  Thankfully BoinxTV dropped the recordings on the Desktop instead of out into the ether.  All is good.

On the cool tech note, AJ joined us via a Verizon USB Stick (even though he moved in three blocks away).  You can see the results, and we only dropped him once after almost an hour online.

I’m always ecstatic to have some of the “original” crew back in studio.  And this was no exception as we got an untethered Mayhem Missie on the couch.  For the ladies, she got to discuss Mike Sydal’s star tattoos with intern/wife Missy.  I believe in expanding audiences.

I think I’m beginning to find my voice with this show.  It’s another “classic” WPAJ Interview retread from 2007, but it was spawned by seeing Wolfpac’s name on the Gathering of the Juggalos infomercial that I still can’t stomach, regardless of how “down” I’ve been.

Either way, I think we have a bit of a breakthrough in contacts for the show.  I’ve been in contact with the singer from Relic, whom I discovered via the upcoming WMS coverage of PWO’s Wrestlution 3 in Cleveland next week.  That and two contacts for future interviews down the pipe, It feels like it’s hitting it’s stride.  Just when I feared It was falling by the wayside.