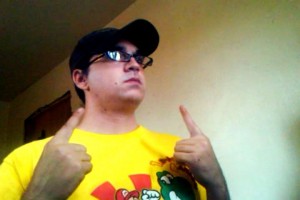 This week, Chachi was angry, yet brightly colored.  I wasn’t sure what to make of this one.  I don’t like angry Chachi.  But he’s still figuring out what to do with this mouthpiece position he’s created.  This is certainly something I’ve heard from him in dealing with his charity work, and I’m curious of what others think of “Angry Chachi”.

AwesomeCast 18: Rise of the Teenage iPads

We had Spike Katora from Vivolive.com on hot on the heals of Podcamp.  It really helped that this got rescheduled until after Podcamp Pittsburgh 5 since we all had some great things to say about the service and how it helped us reach out as event organizers over the weekend.

Wrestling Mayhem Show 237: Mac N Cheese
Our interview drought continues.  I take full blame for this.  It’s a matter of Podcamp coming up and only being able to split my energy so many ways.  But we’re full force in reaching out for interviews, and not letting it keep a show down.  This week was just as much fun as it ever is!  We’ve had a hot run of fun shows without the need for interviews, and I’ve had a blast as of late on this show.  Maybe it’s time to take it live…