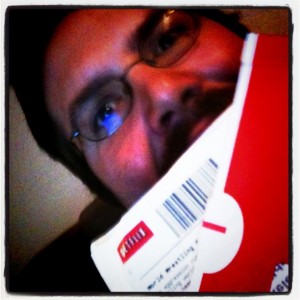 An interesting conversation came up in a surprising way on AwesomeCast 59 about this idea that Cutting the Cord isn’t the best thing.  Partly thanks to Netflix recently raising it’s rates.

I, for one, am just fine with it.  I subscribe to Netflix’s 1 disc plan (and soon the seperated versions of 1 disc and streaming).  Hulu Plus, and…that’s it.  The rest of the wholes in content are filled with YouTube (That’s where I watch Smackdown) and DailyMotion (because apparently wrestling posting is still legal in France?)

One of the main arguments is that you don’t get everything you want, or what you expect from Cable.  Or it’s easier.

We’ll consider the math some other time.

I think what’s happening is that people are having an issue with a new way of thinking about their TV.  I see some that just want to sit on a channel and accept what comes up next.  Some like having the choice of the tens or hundreds of channels.  But I don’t think we have to live that way.

Changing the dynamic of how we experience our television is hard.  We’ve grown up with TV.  It was there even before we had the choice of running down to the video store and renting a VHS tape.  This concept is challenging.  That’s why we keep running to the thought that grandma isn’t going to get it.

Here’s the counter for the top reasons I hear that Netflix (Hulu, Amazon Prime, etc) doesn’t work for them over cable.

1. Cable’s easier. Great answer for couch potatoes.  I, for one, don’t mind having to pick something different after twenty minutes or and hour.  Maybe I’m more proactive.  Oh, and I don’t sit through commercials as I’m drooling on myself in the chair.

2. It’s Rerun TV. this was something an NBC Exec said.  I don’t mind Netflix being the Nick at Night of my generation.  (as he watches X-Men Evolution and rocks Power Rangers alongside Chachi.)

3. It’s not new movies. Where are you getting new movies for $8 a month.  Tell me.  I’ll sign up.  Now, I think this is a great place to make the destination.  I pay for the disc a month, and that’s my “new DVD and wrestling DVD service”  (they have a great selection of Shimmer, FIP, and other odd wrestling releases)  Hulu isn’t doing it.  Or Amazon Prime.  Everything else is paying $1-$5 PER MOVIE.  If I get through 3-4 a month, and I do, I’m good.  And it does fill in the gaps streaming doesn’t.  A small price to pay.

4. I hate physical media. See #3, I guess.  This also applies to hypercondriacs.

5. Things come and go. So do they on HBO.  So do they on Nick at Night.  Cartoon Network.  Deals are revolving all of the time.  But there’s enough to distract you that you don’t notice.  Think of Netflix in the way that you tolerate the movie revolutions on any other movie channel.

Well, there’s some thoughts.  I enjoy the service, and have enjoyed it’s evolution, which has made regular television useless to me.  Maybe it doesn’t have what I want all of the time, it has plenty of what I want right now.  There is no complete answer to this!

Are you mad?  Did Netflix do something naughty in your Cheerios?