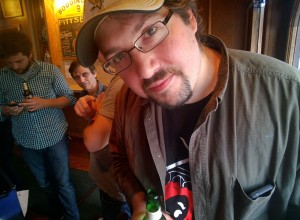 Eight iterations ago, a coworker came from Boston to proclaim this new concept called “Podcamp”. It was an exciting idea in an exciting time of New Media and the precursor to what we know now as Social Media, really. Blogs, Podcasts, and making something for your self in this new world of the online.

8 Podcamps and one Bootcamp later, it’s still alive somehow. Well, mostly because of Norm Huelsman and the crew that’s come together the last year or two to keep it that way.

I believe in Podcamp as something that’s needed. I don’t know much like it in Pittsburgh, and with so much weight being given as we see Twitter, Facebook, Google+, Snapchat, and who knows what else, people need a place to get more information, and hear what people are actually using.

My Podcamps have been less about learning and more about delivering lately. I’ve headed up the task of making sure that information doesn’t stay in the heads of the attendees and the halls of Point Park University. When the idea that everything should be Creative Commons and photographed, posted, and video recorded, I made sure to have a lens in hand.

But the bits I’ve started to ingest as I start to process these sessions, and the conversations I have in the hallways amongst friends and colleagues, I do end up learning a few things. 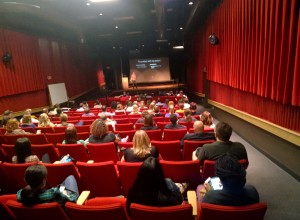 was amazed last year as I saw the Podcast rising in representation. The guys from Libsyn and Bossjock represented amongst others and our own usual “We’re Still Here” session we like to do from time to time. On our AwesomeCast LIVE Podcast talking with Mike Munz, we poked at the idea that you don’t need to be a technical marvel to make something. The tools are doing the heavy lifting for you, or already have a model for you to work with to communicate in text, audio, or video. But more, you need to pay attention to the waves in the social media pond.

You have to have your eyes wide, ears open, and ready to move when you catch it. Just looking at the content on the Podcamp YouTube page should show you the moving target this is.

One session was about five years running a blog.

One was about someone helping yoga instructors how to communicate online.

John DeGore (@diggy) had a great session scratching the surface of content development that fits Podcasts, Blogs and more.

So much can come at you with Podcamp that can make your head spin. But everyone there, new faces and all, looked ready to learn all day.

And the one day format? I certainly appreciate it for what I do. But I think when you look at the schedule, it let the organizers trim the fat. I hadn’t heard/seen a lot of instances of sessions that didn’t make sense, or seemed woefully mis-aimed at their audience.

In the end, I’m glad to see it survive, and thrive in its own way this year. The reason I contribute what I do to it is because without Podcamp Pittsburgh, there wouldn’t be a Sorgatron Media.