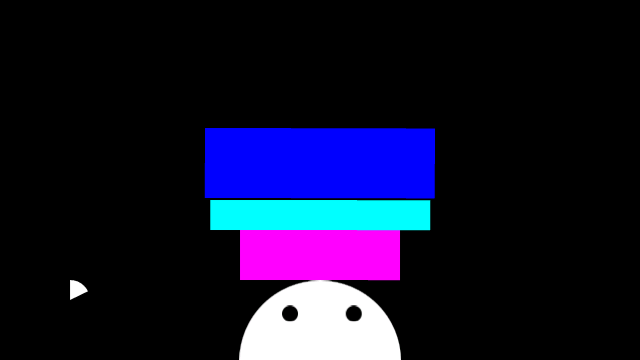 Originally posted as a contribution of InsertCointoBegin..com.

When the Nintendo Wii was revealed, it was a game changer.  Motion gaming was a new promise and Wii Sports demonstrated that promise greatly.   So much so that I found myself in line overnight weeks after its launch.

Google Glass captured the imagination in non-gaming ways from the get go.  But the promise of augmented reality and head tracking was rife with possibilities for gaming.

Weeks ago, Google released a pack of games that hoped to be the show piece of some of the possibilities.

Here is the live demo we did on Boss Battle:

Balance – This is easily my favorite and most addicting of the games. You have a head sticking out of the bottom of the screen, and particular shapes will drop from above.

Tennis – This seemed a little difficult. You would to to serve the ball, and turn your head to land the ball in the middle of your sight.  This would lead me to turn all of the way around in my chair to get to it. Needs some work.

Matcher – This is more exciting than it looks on paper. It is simply a match card game, but the almost 3D vector interface and movement to find your cards is pretty fun!

Clay Shooter – This is wear I get nostalgic.  It feels like we just adapted the extra game from Duck Hunt.   You are instructed to say “pull” to deploy and then have two shots to say “bang”.  Accuracy seems tough.  Also worth noting is that your Glass is looking for any sudden noise.  Testing this with a podcast playing in the room led to an erratic cycle of Pull-Bang-Bang.

Shape Splitter – Fruit Ninja on Glass guys!  It works by waving your hand in front of the camera.   So make sure you are in a well lit room.  I had issues trying this as the sun was going down in my darkening office and couldn’t figure out why it was on the fritz.

The Google Glass developer page on these games does a great job of explaining what techniques each game represent.  Seemingly in a bid to encourage developers to expand on the ideas that are just at the beginning stages of development.

On Boss Battle, some may take issue with my statements of this being the potential “future of gaming”.  I stick by that.  As it is, gaming has changed on the casual side because of the gyroscopes and touch interfaces we have found on our phones, and later, portable consoles, over the last year. This is a step in bringing similar tech too our faces. This could end up with some exciting augmented reality gaming extending beyond the idea of virtual reality that may finally become a reality because of the Oculus Rift.