1. What’s the cutest of the small, furry animals?
A Pirate thinks nothing is cute and cuddly. ‘Cept for maybe them brothel girls on shoreleave. but that’s after they punch you in the face. Arrr…

2. What predator impresses you the most?
The deadly wolverine. Looks like a human. Three deadly claws on his hand. Might also hunt vampires…..ARRRRRRR….

3. After which animal will you name your professional sports team?
Arrr! I am constantly offended by those Pittsburgh Pirates dragging our good name in the dirt. But that Pirate, he looks mean enough. It should become the Pittsburgh Pillaging Pirates! That be striking the fear in the rest of those baseball teams when they fear of our team pecking their port holes out!

4. What’s an unusual animal that you know a little something about?
Why! That be the dung beetle! They be pushing that dung all day and swabbing their “poop deck”!

5. Your high school probably had some kind of mascot or symbol, but based on your memories of it, what animal should REALLY have been the emblem?
Me first school’s mascot was a Muskie, which really doesn’t seem to threatening on a basketball court, or flopping around in wrestling. It’s a good thing we didn’t have a football team with that name. Me graduating school was the Trojans. I don’t know what school’s obsession with Mediterranean soldiers is.

Who Else is Friday 5-ing? (You know you want to join us…) 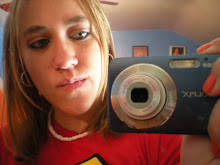 *As always, the Friday 5 questions were taken from Friday5.org. If you join the fun, be sure to let me know so I can add you to the link list! And don’t forget to send those questions in that you’re itching for us to answer! Don’t worry, we’ll gladly pimp your blog for the effort.(from www.friday5.org