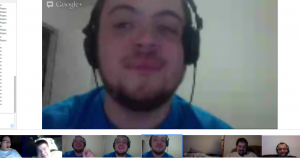 I was pleased to be a part of an impromptu panel we did to start off Day 2 of Podcamp Pittsburgh 7.  I wanted to expand on a couple of things mentioned up there.

I talked a little bit about one of the coolest parts of my “Digital Toolbox”, the army we’ve been so fortunate to cultivate on the Wrestling Mayhem Show.

This show was always a team effort, but a lot of the core work always left me feeling like a solo act to keep it together.  We always had people there to shape the show and new faces thanks to the always social DJLunchbox.  But it was my sleepless editing and cultivating to figure out what we could to do to reach out.

Today, things are different.  Over the years, the crew grew.  Fans became cohosts.  And some became core parts of the show’s growth.

One example with “Wrestlefan”.  A 19 year old current student at the San Antonio University who grew into the show.  Regardless of what we threw at him, he’s still there, and building new relationships for the show with the wrestling scene in Texas, putting out new ideas on the site, and getting together tasks that help with the show.  Bobby helps with the show notes so I don’t have to write them at 3 AM when I get to it after the show and have to remember back, and guys like Mad Mike, who’s been taken away by a job still joins us via YouTube.

But the biggest thing is applying this army to social media.  One idea Mad Mike brought up was making sure we live tweet during the wrestling shows.  We already all joined on a Hangout to talk during RAW monday nights, which resulted in commentary on Twitter once in a while, but no real push.  Over the last several weeks, without asking now, someone is covering TNA on Thursdays, Smackdown on Fridays, and PPVs on Sundays when they happen.  I was surprised, and didn’t know this to that very morning of the QA, that the guys got together and did a Hangout during an experimental live iPPV the night before!

The greatest feeling is knowing that the show is bigger than Will and myself.  It’s so great to see this community, between these guys tied directly to the show, and those ever growing on Twitter and Facebook, able to evolve on it’s own into something amazing.

On Sunday, September 18, I’m doing/have done a session by the same title at Podcamp Pittsburgh.  A little bit of this process, I actually am writing this post as a nice organization of thoughts, and a nice side note for those that may attend or watch the video later on.  Enjoy!

I’ve uploaded my slides from the event.  Not highly informational, but the visuals could be nice!

10 Things I Learned from 5 Years of Podcasting
View more presentations from Michael Sorg.

1. Opportunities are endless – Because I’ve done a wrestling show, I’ve had the chance to talk to so many locally and nationally in that industry and become part of it.  For a time I worked on the website forIWC Wrestling (and Jesse’s done a tremendous job when he took the site back over, I might add) and now shoot regularly with Digital Horizons for IWC, RWA, and an occasional spot show, which in turn led to taking gigs shooting for area high schools.  Through the people I meet, I’ve had a few interesting projects that led me back stage to Ring of Honor on HDNet tapings in Philly.  The development of Unsung on PittsburghOnVideo.org is directly related as being known as the guy that does podcasts.  Chachi became host from his on camera demonstrations thanks to his Chachi Says show.

When you love something so much that you can sit there for a half hour, or two hours, it demonstrates you as (hopefully) somebody who knows what they’re talking about.  It’s a no holds barred look at who you are on this topic.  If you do a show teaching music like Walt Ribeiro, you’re the guy that can handle music tasks everyone knows about.  When you do a beer cast like Should I Drink That, you become the two guys local craft beer producers and venues look to and I go to to ask what the hell I should drink at this bar.

2. Numbers are important – The biggest thing people try to get are advertisers.  Make sure when you build your show that you use a service, or funnel traffic with something like Podtrac, Lybsin, or blubrry that can break down the numbers a lot better than you can on your own.  I often shoot myself in the foot and too afraid to change my links to move to these services while hosting on something rudimentary like TalkShoe when it comes to numbers.  This is your biggest tool, if you’re doing well in this catagory, to “sell” your show to advertisers and hopefully make it better for the effort.

3. Numbers are not important –I’ve had conversations with people doing shows that have scores of hits over what I have had on my shows.  I’ve seen my shows explode to 2000 hits a week and drop to 80 over the course of doing this.  But what keeps me going that apparently makes others go away is that engagement.  If you’re audience isn’t engaging with you, they are less valuable. rather have 10 people that love my stuff than 100 who never respond.  And for those that do respond, I believe you can multiply the response an unknown time.

4. Affiliates Suck – But they’re good practice.  While I haven’t been able to attract a classic advertiser to my show…yet…These can be an interesting test bed to make sure you can handle doing advertisements with the proper respect, and see if your audience reacts to it in one way or another before going headlong into a sponsored situation.

5. Keep the Faith – This will only work as long as you believe it’s worth it.  Is this a subject worth talking about?  Is your audience engaging?  When you’re trying to get your show online at that same time every week, drinking Faygo and watching a render bar at 3 AM when you have a 9 to 5 in the morning, do you think it’s worth it?  I’ve started to think that motivation for something like this is faith based.  Faith in the worth your creating.  Faith in knowing that a number of people wake up that morning, sync their itunes, and hope that episode is there to get them through the commute or work day for a few hours.  I am a customer on that end.

6. Review Your Methods – You need to not become complacent.  Look at your show on a regular basis objectively.  I found a period where we appeared to have the very same debate every week about a wrestling promotion.  It was taxing, and needed to be changed up.  Sometimes I’d neglect to bother to get guests for a show for several weeks, if not months, even though I know it contributes greatly to the variety of the show.  Don’t let yourself do that, and let your co-hosts call you out on it.

7. Don’t Be Afraid To Talk Out Your Ass – some of the best stuff seems to come when we’re far off script, playing devils advocate, and blurting something out.  One such example was when we were pontificating on AwesomeCast about whether we should have a right to internet as we do utilities, and a concept came up that it was one to one with the Right to Bare Arms.  Deep stuff that doesn’t come with playing it safe.  It’s sometimes more entertaining to your listeners if you take your stance on a conversation and dial up the passion a little.

8. Get out and meet people. Get out of your cave – Go to the places that your audience is.  I’m always taken back when I run into someone that knows me from one of my projects, be it from my own shows or a client project.  It’s that one on one feedback that qualifies what you do to that little part in your head.  I was recently attended an event for a client that I wasn’t quite sure I was reaching people with.  A chance encounter with one patron of the event changed my whole view as he complimented everything from the site to the quality of the videos I was producing.  That one encounter changed my perception on how I was doing with things.

9. You Figured It Out Now.  You Still Have to Figure Out Tomorrow – You’re show is going great.  You have listeners.  Your co-hosts have a rapport with eachother and then the audience.  Then one gets a job from Tuesday night, or starts a wrestling school, and the face of your show changes.  You have a great audio show, but video is starting to become the hot thing.  Can your show adapt or add on this feature?  What about your community.  We went from AOL chat rooms to BlogTV to Ustream to Justin.tv over the course of our show for the live community.

10. Little is Unreachable – The amazing thing about all of the people we have asked to be on our shows are the people who say yes and know.  Once you get over the idea of being afraid of being told no, you’ll find so many people to say yes.  We’ve talked to wrestling legends, American Gladiators, writers, directors, nationally touring music artists, and more.  What’s more surprising are the people who do say no. 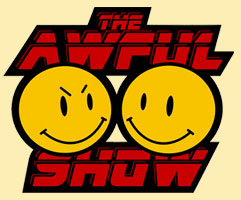