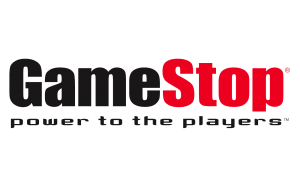 Gamestop is up to their old tricks again. I ranted and swore off the company a while back when we bought a copy of Assassin’s Creed 2 at a new price, but had obviously been resealed.  More recently, the company has come under fire for opening boxes of the new Deus Ex: Human Revolution to remove the “competing” Onlive coupons that were included.

For those not in the know, Onlive is an online video game service that allows you to play the game in the cloud, freeing up your need for high end hardware to play the PC or Mac (and soon on tablets and phones) versions of the game.  This competes with GameStop’s recent efforts to stave off extinction by opening their own online game shop.

Either way, customers are again receiving a boxed game that isn’t what they paid for.  When you go to a store and pay full price for a new game, you want an untainted, untouched packaging.  Gamestop already outright disrespects their customers by lending out copies of their games, or opening display copies of the game, then resealing them and selling them for full price.  This is abhorant behavior.  The thought that the customer is ok with buying a copy that has been outright used or even put in a sleave is rediculous.

How do they fix this?

The easiest thing to do for a simple fix is to eat the cost.  That package gets open?  It’s been used.  Put it on the preown shelf, take that whole five dollars off the price.  No one would care.  You don’t outright break the trust of the customer.

And stay out of my PC game box.  Deus Ex gamers are having their product deliberately tampered with by the seller.  If they’re openly doing this, what else are they taking out of packages and NOT telling us.  If you tell you’re customers to take a promotion out en masse, what does this do to you’re company culture?  This loosens the grip that Gamestop employees may feel less inclined NOT to reach into a package and grab a quick key code to play the game online, or free trials or something else that will lock someone out who legitimately play that game.  According to This is My Next, the company has changed this policy now to recall all of the offending boxes.

All of this promotes a general culture of disrespect to the people giving you money in an age where you’re brick and mortor stores are already under fire from competition from consoles and publishers cirbumventing using them as a point of delivery and striking out straight at the customer.

This is a bad time to give us more reasons to move on to a place where we don’t have to get upsold your discount card when we buy a copy of Halo online.