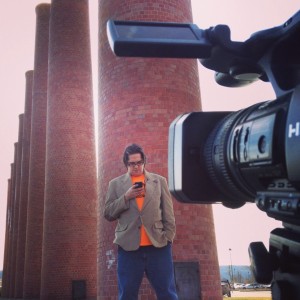 From the Sorgatron Media Newsletter from March 14, 2013.

So you need a new RSS Reader?

The big news this week was the abrupt announcement that Google Reader was going to disappear this summer.  This had already setup out for a flurry of replacements stepping up, and most that I tried the night of the announcement overrun most servers to a crawl.

So, as an long time Google Reader user, where am I looking?  Here’s what I took a stab at:

Flipboard – Actually, I’ve been using this as a Google Reader interface along with Facbook and Twitter reader on my iPhone and iPad for a while.  It would be an easy fit, but I personally need a service to spans across my iDevices and the standard laptop web browser.

Pulse – It was almost a nice bridge between the visual stylings of Flipboard and web version access of having a Google Reader.  The issue come with bulk.  I was inputting feeds manually from my collection, and had to actually use their internal search, which didn’t work well with many of my lesser known and friend blogs.  This is for people with only a limited number of feeds they follow.

Feedly – Winner!  Not only do they have a nice web and iDevice app version, but it rides on your Google Reader, so you’re going as soon as you grant access, plus they’ve announced their intent to clone the API (the language that lets Feedly talk with Google Reader) so that when Reader is shut down in July, you won’t know the difference.  At least that’s the promise.

In the meantime, if you’re worried about where your list of feeds goes, make sure to export your information, a process Google makes easy!

And aside from that, remember: The only constant on the internet is change.

Have any topic or questions you would like covered on the Tip of the Week?  Drop a line toinfo@sorgatronmedia.com with the subject :TIP OF THE WEEK!