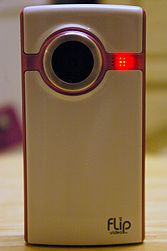 One of my first ongoing gigs some 6 years ago when I first had an inkling of doing some work outside of my 9 to 5, I found myself editing a lot of FlipCam video.   For those that may not remember, the FlipCam was the first major device to make mobile, cheap video a real possibility.  It was named so for the flip out USB port that awkwardly hung from the side of your PC.  This was perfect for people wanting to get onto the fledgling YouTube the fastest way possible at the time.   My colleagues at the Pittsburgh Foundation passed these out to no profits like candy.  The series was discontinued in 2011.

Of course today, we all have iPhones, Android phones, and other FlipCam-esque survivors by about every electronics manufacturer.  Recently when visiting Scarehouse, I happened to be experimenting with shooting with just my new iPhone 5C, and our friend from Yajagoff.com was shooting with a Samsung mini camera along the same lines as the FlipCam.

So here’s a bit of an updated version of what you should look out for when filming with any of these devices for a little bit better video. 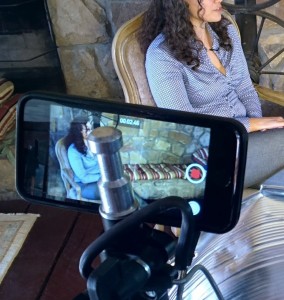 One thought on “Mobile Video Do’s and Don’ts”