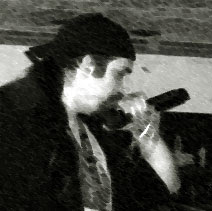 Over the years, I’ve found myself invovled with a series of, what you could call, business ventures.  I suppose not business ventures in the typical sense.  I’m talking about rallying some people to work on fan sites, some video projects, and a few other small projects that were started “just for fun” but had the goal to become much more serious.

It seems that, more often than not, they go south for one reason or another.  Maybe it’s the businesses I’ve drawn myself to.  (Music and Wrestling force you to be very cautious of who you deal with)
But over the years, after butting my head against the wall several times, there are things I’ve learned:
So, I’m sitting on the edge of some changes to my life, and taking control of a bit more than I have in the last few years.  I’m still trying to figure a lot out, so here we are, reviewing the history so we don’t repeat ourselves, because the patterns are showing themselves.
What do you think?