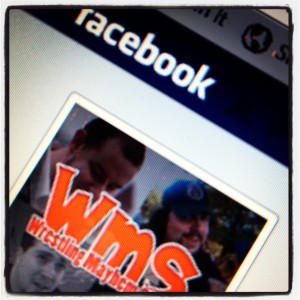 For the longest time, wrestling has been out of the closet, so to speak and many have had to learn to live in a world where everyone was in on what pro wrestling was.  More recently, the wrestlers themselves have had to learn to deal with social media and being one on one with the fans so directly.  While I could rant for ages on wrestlers being idiots on Twitter.

Facebook presents us with interesting problems, but definitely tools that can greatly benefit a wrestler.  As a wrestler, your name, your gimmick, your character, however you want to refer to it, is your brand.  If you are on Facebook pushing yourself, posting on indy promotion pages with an obvious picture as you, the wrestler, it hurts your brand.

When you use your real name, your main Facebook account, it can send mixed messages.  When you are using Facebook to promote your matches and events, it throws people to see your real last name.  When you use it in this fashion, and talk in storylines, it kills the suspension of disbelief that wrestling thrives on.

Some things to Consider:

If you are fortunate enough to be pushing yourself as your own name, you have some more options.

A great example of this would be Joe Dombrowski.  He may be an announcer, as apposed to a wrestler, but it still applies.  Knowing Joe, he’s the same online as he seems to be on the mic.  A knowledgable wrestling mind who waxes philosophy and props in the business and sparks discussions.  He is transparent and it doesn’t hurt how anything is presented.
What does a Fan Page/Business Page give you the ability to do?
I hope new, and maybe new to the internet, wrestlers out there may consider a few things like this when they go online.  I’ve seen plenty of these questions come up from trainees, or seeing or hearing about the tools being misused.
What else needs to be addressed?