Skip to content
Hey content producers.  Yes, I’m talking to you.  Or I’m talking to a starting or will-be-soon content creator as a forwarning.
Patience is key. 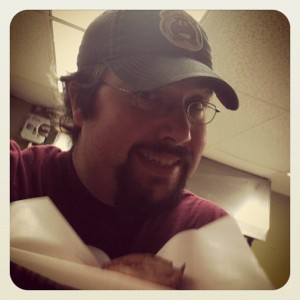 I’ve seen so many blow ups since this social media thing became…a thing.  Bloggers, Podcasters, Tweeters, it doesn’t matter, the embarrassment is the same.  If you’re on these platforms cultivating an audience, you’re putting out a product.  That’s what it is.
Sometimes, you get that errant tweet or email about issues with your format you have no hope of fixing thanks to your limited time on the project, or criticism about the timeliness of your shows.  No one cares how much time, energy, and money you spent.
Your consumers are just that.  Consumers.  Do you think about the effort and money that goes into a sitcom or drama on television that you so easily dismiss or criticize?  I hadn’t thought about that too much until I started working on The Baristas.  To see the hours that go into such a short span of show, ten minutes in most counts, versus the few hours it spends to put a bulk of my own podcasts out.  When you’re a consumer, that’s invisible.  Especially if you’re doing it right.
The viewer shouldn’t be forced to look behind the curtain and inner workings of your production.  It’s something to offer them, via live chat room or blogs or videos, to cultivate that more dedicated and curious audience.  But when the uninitiated start tearing apart you’re product, and it’s something you know, and are trying to fix or just accept, do just that.  Accept it.  Don’t take it personally.  You’re the public face, and have to keep face.  In a world where we talk about your personal brand, that’s the biggest distinction.  And no matter how well you break it down and, it’s going to be off putting to a great portion of your audience.
As I’ve mentioned on here before, I often step in to help out with my wife’s startup Cafe in Mt Lebanon.  I’m very much a novice when it comes to cooking for the public, and have had some run ins where my lack of the culinary knowledge has set off some customers.  I try to be honest as I can be, but at the end of the day, you don’t care it’s the kid’s first day when you drive off without a chicken nugget order from McDonald’s.  And you get annoyed when the plight of the Writer’s Guild delays or shortens a season of Lost.
At the end of the day, keep your failings to yourself, unless you’re reaching out to make up for them.
What do you think?  Whether you be audience or producer/writer, do you give leeway?