It’s time to show them what you got.  Who’s the biggest geek in these internet parts this Wintereenmas between myself, the ever technical technological Sorgatron, and the Mayor of Twitterland Chachi.  And my answer?  If it’s show and tell time, it’s collection time.  I know little who have the stacks (of games) I have.  Those that visit Mayhem Studios see a menagerie of gaming gear.  About 7 consoles in semi-retirement, ready to be hooked up anytime.  There are never less than two consoles under my living room television.  There’s even a PS2 in my bedroom for the more intimate gaming needs.  There is a basket of controllers, Game Boy Advance, and Nintendo DS on the coffee table for easy access.

There.  So what you got Chachi… 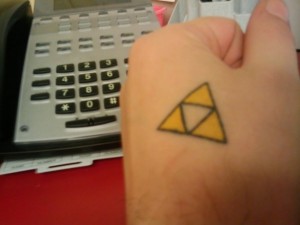 One thought on “Wintereenmas: The Best Geek in Geek Town”