Enough numbers in there for you?

In exploring what’s the Best thing to write on here, which, of course, should always be the most interesting, and easy for one to write, in my opinion, I thought I’d discuss some of my recent addictions in my fiddling with video games in my amassed collection. 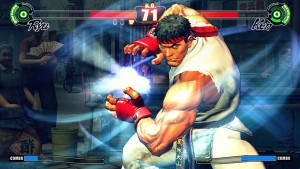 Last week, I was rather smitten with the ago old Capcom fighting game.  My brother had given me Street Fighter IV for Christmas, and I had yet to even unlock most of the characters, so I ventured to do this, which is hard enough on “Easiest” mode.  Especially on the higher end unlockables which require some spectacular combination of Perfect and Ultra finishes.  Both my wife and I had a pretty good time running through all but the toughest unlocks.  I even had more oppurtunity to venture into the online territory and throw down with some Xbox Live members.  This game is the perfect mix of all the characters we grew up on for SF 2, in it’s many iterations, pretty new 3D graphics, and if you remember how to play back in the day, the controls carry over nicely… 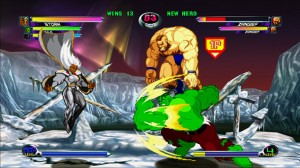 But, the timing couldn’t have been more perfect.  They had released Marvel vs Capcom 2 remastered for the widescreen format on Xbox Arcade’s “Summer of Games” last year.  I’d thought it worth a purchase, but found the $15 tag too high for the time.  But whatever the sale ended up to ($7 I think?) it was perfect.  I forgot how crazy this game was, especially only owning the first in the series on the Dreamcast.  The three way tag system is chaotic and everything I loved when I insisted on buying my after circulation Saturn and Dreamcasts for X-Men and Marvel vs Capcom, respectively.

I hope to keep up my gaming habit.  I actually ended up in on the “Founder’s” program for Onlive, became addicted to Godfinger, and will pick up who knows how many crazy deals (Force Unleashed, Overlord, and Counterstrike Source so far) in the insane Steam deals going on.