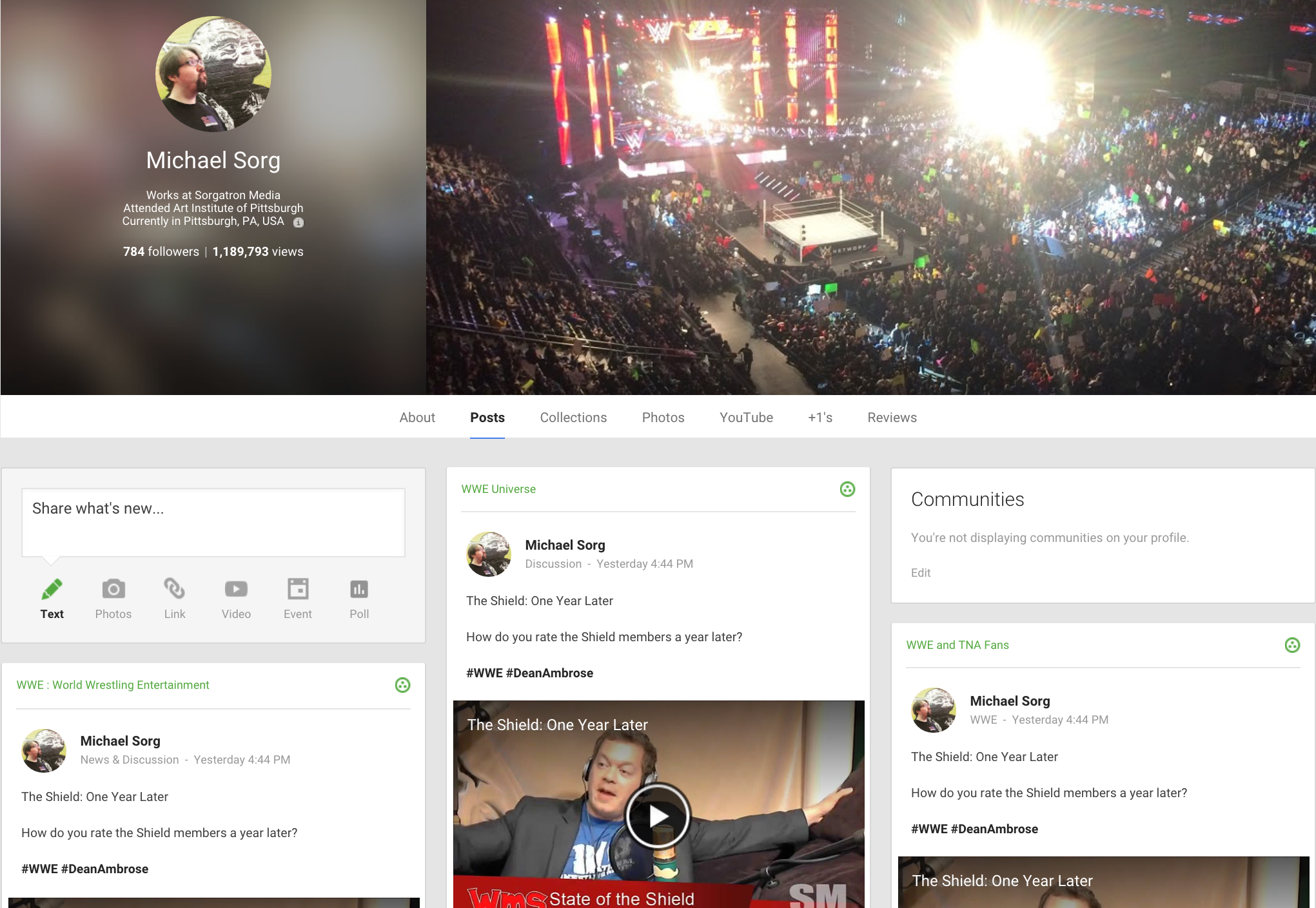 From the Sorgatron Media Creators Newsletter List for June 5, 2015.  You can Subscribe to it here! You can Read the rest of this newsletter here! 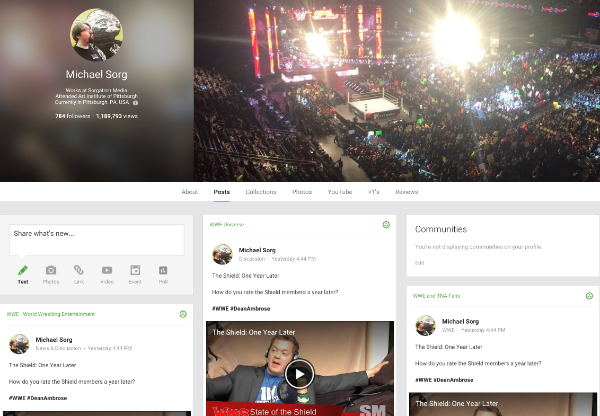 This has been a question in my head for the last week.  After Google IO, Photos became it’s own site, and we keep hearing rumbles about the service being split into Streams, Hangouts, and Photos.

So what does that mean for you’re involvement in the “social media” part of it?

I was reassured by a discussion by Mike Elgan on This Week in Google.  Mike has been Google+ User #1.  He is a former editor for Windows Magazine that has turned to the service for his home on the internet, even using it as a blog.

This boils down to a common question: Where is your audience?

In this week’s discussion, he compared how journalists use Google+ compared to Facebook and Twitter, but really brought home the idea of how deep a conversation can be on the service.  You just have to find it, if it’s there.

This echo’s a recent web video about how you need to pick and choose the Social Networks you pick for a business.  For me, I have great conversations about Podcasting in some great Communities, and sometimes a good WWE talk or two. It will lean towards some technology communities, but that doesn’t mean your interests are not there as well.

For me, my timeline has fallen off the wagon as I concentrate on video and Twitter first, with some experimenting focus on Facebook.  But that community still comes to my email and gets some play.

So don’t give up on Google+ yet.  Just don’t worry if you’re already having a good talk somewhere else.