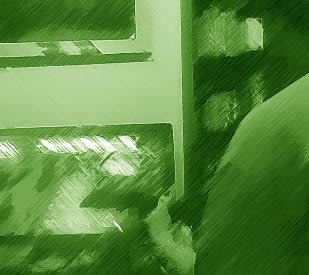 Lately, I’ve read a lot about Cable TV, and it’s endeavors to reach it’s programming (and fees?) to the internet. Also, I’ve been attempting to find ways to lessen my bills (thanks, economy) but not cut what I really watch. I know we watch only a handful of channels in my household. I’ve deleted some of the higher price level ones (such as G4 and FX) in favor of their online options to watch.

As I continue to analyze, I find that the majority of my television watching has been on the “free” local networks (that I pay 5.99 for), USA (for the obvious WWE, Burn Notice, and Psych), and a mattering of shows on Cartoon Network, Sci-Fi (again, because of the wrestling). Most of these shows are available online (ECW, Burn Notice, Psych, Heroes, etc.) The only gaffe is WWE RAW, that is shown live only (with clips online later). Honestly, if I cancelled my cable, bought a Tivo, a digital antennae, and hooked up a Mac Mini or PlayOn for my Xbox 360, I would only miss out on that WWE RAW, in the long run. Anything else that wasn’t online, well meh, I can wait for it on Netflix (which also provides hours of enjoyment via Xbox streaming.)

One of the biggest pains is realizing just what you are paying for. Typically, a portion of your monthly bill goes to each of the stations on your provider. Think about it. I’m paying, according to my Dish Network Bronze plan, for Country Music Television and Horseracing TV. Really? Trip that fat for the stations you watch. Then down to the stations that you probably wouldn’t miss.

One problem is if we have this option to slim down what we watch on television, the lesser networks that would be left in the dust for being a smaller niche, like Horseracing TV, wouldn’t be able to proceed to make money. Keep in mind that we are also subjected to commercials on these stations we pay for.

It just intrigues me that the television industry has been built on this symbiotic relationship that tends to force content to your television you probably wouldn’t even want to pay for.

Do you think you’re paying for what you’re using?

One thought on “Cable TV is Broken”