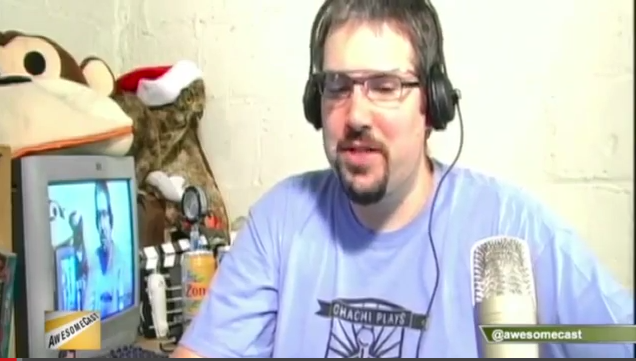 And it sort of screwed me up.

We were ready to go with our first AwesomeCast with the device in hand to talk impressions with Chachi and Mad Mike, who joined me to the fitting in New York City.

As I started the show, a Google Hangout Meeting I was not able to attend decided it wanted me.  All of a sudden, I get the image of one Norm Huelsman in my eyeball, and the Hangout Chime going off in my ear, and a couple of devices in the studio.  Twice.

This was probably a poor example of Glass being a “push” sort of device. More of a response device than initiation. At least in it’s current form.

I’ll be talking about the problems and promises of the device in the future on here. In the meantime. I’ve been posting a ton of pics on Twitter and Google+.

You can also check out our uninterrupted talk about it on AwesomeCast here: